Red island beach is one of the leading destinations Banyuwangi, located in the village of Desa Sumberagung, District Pesanggaran. Located about 60 km from the city center towards the south of Banyuwangi. If you use your car will spend time in the course can be taken almost 2.5 hours. If you use public transportation, you can take advantage of public transportation services from terminal Banyuwangi, and use the bus majors Pesanggaran. Next, you can use motorcycle taxis to reach the coast of the island red. 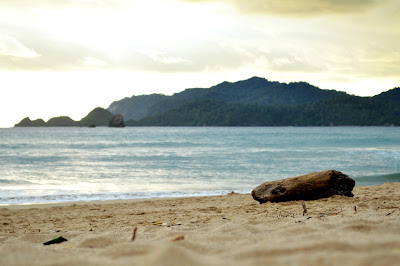 Banyuwangi will follow fame Bali and Lombok to be regional tourist destination abroad. Indonesia was represented by Banyuwangi now won the world championship title in the event the United Nations World Tourism Organization (UNWTO) Awards-12 that took place in Madrid, Spain. One of the cities in East Java won a championship in as Winner of Re-Inventing Government in Tourism in the category of Innovation in Public Policy Governance (Innovation of Public Policy and Governance). International arena in the field of tourism was held since January 18, 2016 This is an innovation award in the tourism sector which is ruled by the UN onion field of world tourism, UNWTO. Quoted from Indonesia Travel, Banyuwangi became the winner after competing with three other countries such as Kenya, Colombia and Puerto Rico. In the end, managed to get the first title.
in quotes
http://www.cnnindonesia.com/gaya-hidup/20160121163705-269-105864/banyuwangi-jadi-juara-dunia-dari-badan-pariwisata-pbb/ 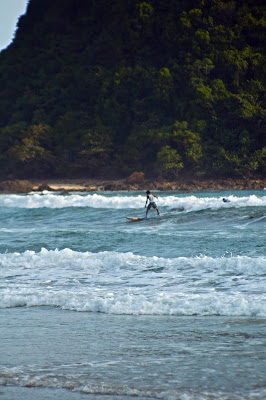 Before being named red island beaches, this beach called beach ringin pitu. There are two versions of which confirmed the name of the red on this beach. which bertama because of the color pink reddish soil, while the second version because it is said of the red existing island before its coast within 100 meters, was once the red light radiated so that ultimately the local people called the red island beach. Not only that characterizes this beach, lay the beautiful green hills located across from the beach. Interestingly we can reach this island when the water receded by walking hany 100 meters.

Not only the natural charm around, the tide as far as 3 km with a height of up to 4 meters to appeal and a new destination for beginner and intermediate peselancara. It has been proved by the International Surfing Competition Championship in 2013 and then followed by surfers from 20 countries are opened by the minister of tourism. Contested championship consists of three categories, namely category of local, national and international.

One more no less steal the eye that is a pity to miss, the landscape at sunset or sunset. orange color with bluish very beautiful setting between the hills will spoil our eyes into an unforgettable experience.

Some of the facilities in the red area of ​​the island is sufficient with ample parking area, homestay to spend the night in the beach area, and several stalls - stalls to relax enjoying the view of the Red Island Beach.

To enter the tourist area at the end of the red island wear entrance fee tourist local of Rp 3.000, - per person, while weekend to Rp 5.000, - per person. In May to December is the month that the right to be menimati whole beauty of the beach.